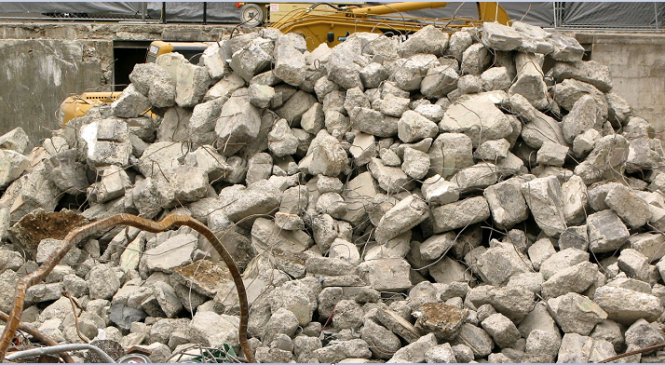 Astronomers have found proof that certain small asteroids stay together because of an extra cohesive force other than gravity or friction.

Asteroids are not all monolithic space mountains of potential doom. Sure, many of them are solid dense bodies but a significant number are conglomerations of rocks from very large to the smallest grains…Rubble Piles. These form mostly due to impacts that break up the once solid bodies. Mutual gravitation can often cause these shattered bodies to re-coalesce, often in as little as hours or weeks. Huge asteroids have enough gravity to become essentially solid again, overcoming friction and filling up any voids that are in the interior. Smaller asteroids though just don’t have enough gravitational oomph to fill those voids leaving them as a less dense and somewhat loose collection of pieces.

Spinning is very common in asteroids as well. Rocky jagged surfaces get very tiny but uneven pushes by the incident light. Add to this the small recoil caused when the surfaces re-radiate the absorbed photon energy and you end up with a rotating asteroid. This so-called YORP effect only amounts to about a millisecond increase in rotation per year but what’s a year to an asteroid? After millions of years, the spinning can be so extreme that these rubble pile asteroids just break apart because gravity and friction can no longer hold them together. Or so we thought.

It was thought for a while that no rubble pile would ever be found spinning faster than one rotation every 2.3 hours because that would cause them to fly apart. Some were found however the broke this rule like 2005 UW 163. It rotates every 1.3 hours. How does it do this? Astronomers suspected that some unidentified cohesive force must be helping gravity and friction.

They decided to take a close look and see what was going on. The candidate asteroid they recently looked at was named 1950 DA (Fred to its close friends).

Fred is nearly a mile long and is distinguished as being the likeliest candidate asteroid for hitting the earth of any other asteroid (that we know of). Before you become a pure hedonist due to another imminent asteroid-induced mass extinction, calculations say there is a 1 in 4,000 chance it will hit the earth on March 16th 2880. Yes, in 866 years. Plenty of time to build that obelisk that shoots a ray to push it away from us (Classic Trek reference btw).

If it does hit though it would be a very bad day. A study in 2003 determined that if it hit the ocean it would unleash a force equivalent to a 60 GIGA-ton blast (60 billion tons of tnt). This would create many devastating waves, some 400 feet high that would sweep across nearby coastal areas.

When they scoped out 1950 DA they noticed its reflectivity was high enough to conclude that it was probably made of metal. Other observational methods however showed that its density was surprisingly low. So low that it must be a rubble-pile asteroid. Its rotation though was fast, every 2.1 hours.

Its rotation therefore exceeded the breakup limit for its density.  It rotates so fast in fact that if you stood on its equator you’d have negative weight in the sense that you’d be flung off the asteroid into space. This of course would be due to the fictitious centrifugal force which is an artifact of a rotating frame of reference but is ultimately due to the inertia of motion.

Ok, so what is this mysterious cohesive force that must be holding this rubble pile together? The best guess seems to be what’s called the Van der Waals force. This is a real force that caused by the minute electrical attraction between certain types of molecules. If you insist you could perhaps even say it surrounds and penetrates and binds the asteroid together ( 🙂 ). It is very weak but when there’s a lot of molecules involved it can be impressive. This is how geckos and spiders can walk on almost any surface. It’s also why cake batter forms those annoying little lumps that you have to eat raw to get rid of them (what? doesn’t everyone do that?)

This new knowledge comes with a surprising number of potential advantages:

ASTEROIDS OF DOOM: Rubble piles on a collision course with earth need to be treated differently. Using a kinetic impactor to move it could be like kicking a pile styrofoam balls. We could end up turning one asteroid into multiple smaller ones which could cause more widespread devastation. Rubble piles can be trouble piles if we’re not careful. On the other hand, if the rubble pile asteroid is far enough away, a relatively small force could disrupt the entire pile making every piece miss the earth.

SPACE EXPLORATION: Landing on an asteroid for research or potential mining could be greatly complicated by the fact that it’s only tenuously held together.

SOLAR SYSTEM FORMATION: This could lead to new insight into the formation of solar systems from collections of gas and dust